Git is a version-control system that is used for tracking changes in source code. It can be used to track changes, coordinate work with others, and test branches before publishing. Git commands are ran from the command line inside of

Getting started with Git

To get started with Git, you first need to download it to your computer from here:
Git Download Page

You will also need to create a free GitHub account here:
GitHub

And then use these to learn how to use Git:
Git Explorer
Learn Git Branching
Git Cheat Sheet 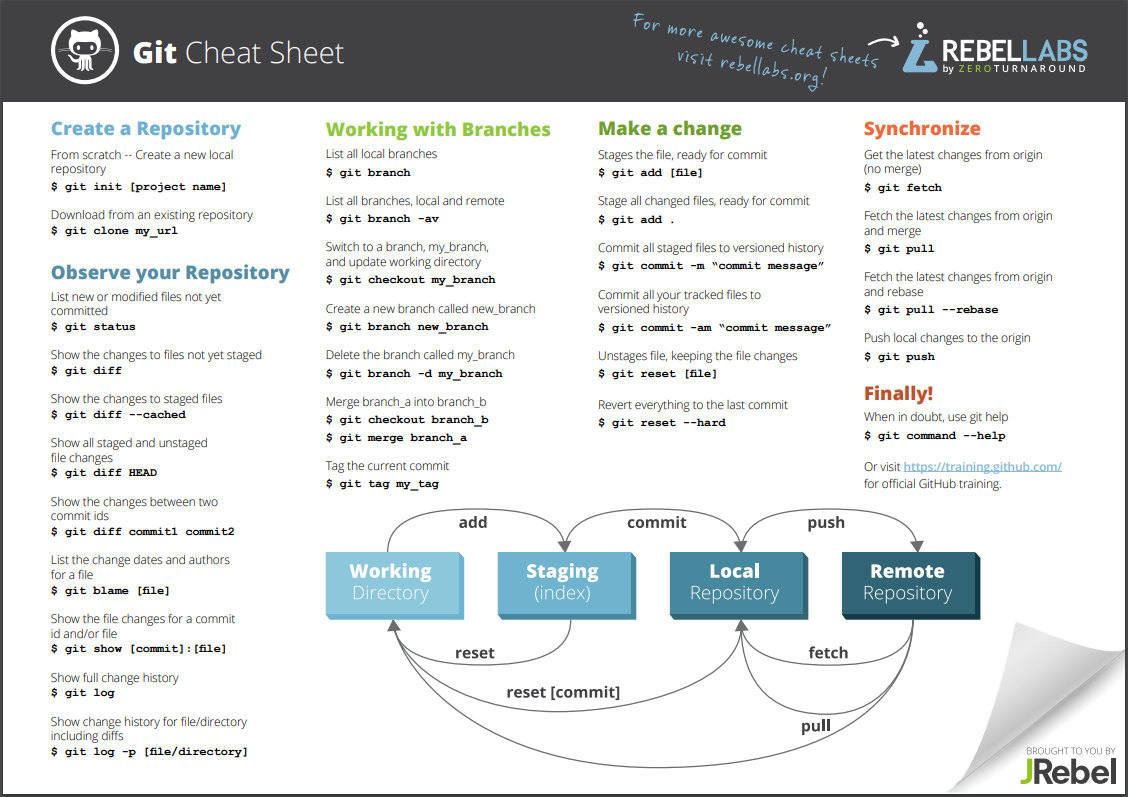 ‐ Sets the user name you want attached to your commits.

‐ Sets the email you want attached to your commits.

Starting a project only needs to be done once, either locally with git init or by cloning an existing repository.

‐ Starts a git repository in an existing directory.

‐ Downloads/clones a repository from GitHub.

If a specific file or file types should not be added to a git repository, a file named .gitignore tracks files that should be ignored.

Branches are a way to separate your main code base from the code you are working on new content in. You can "check out" a branch to switch over and avoid pushing untested code into publication. Master is the main branch that is started on. Use git status to see what branch you are currently using.

‐ Check to see which branch you are currently on.

‐ Switches to a different branch.

‐ Combines git branch and git checkout into one command. It creates a new branch and switches to it.

Add and commit any changes you have made to the local repositiory before you push to the remote one.

‐ Stages a single file and is ready to be commited.

‐ Stages all changed files and is ready to be commited.

‐ Commits all staged files with a message about changes made.

‐ Unstages a single file, but keeps changes made to the file.

‐ Revert everything to the last commit.

To make sure your local copy is the same as the remote repository, it is important to remember to synchronize your files with these commands.

‐ Downloads all of the branch history and updates, but your local copies stay the same. Does not merge like git pull.

‐ Downloads and updates your local copy with all new commits from the remote branch. It is a combination of git fetch and git merge.

‐ Uploads all current local changes added and commited to the GitHub repository. 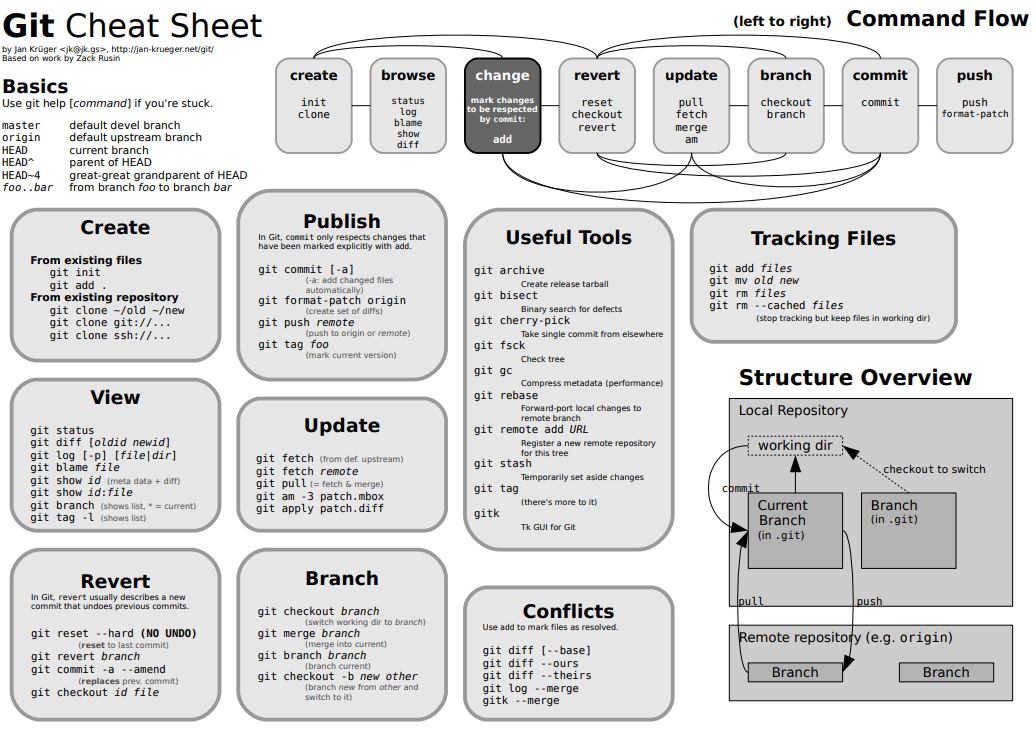